This guest post is from my friend Elizabeth Curry, a mamma of 12, who writes the blog, Ordinary Time. Last fall we had some discussion about the disparity in treatment of children with physical illness versus mental illness. Elizabeth generously agreed to share some of her thoughts and experiences with you. 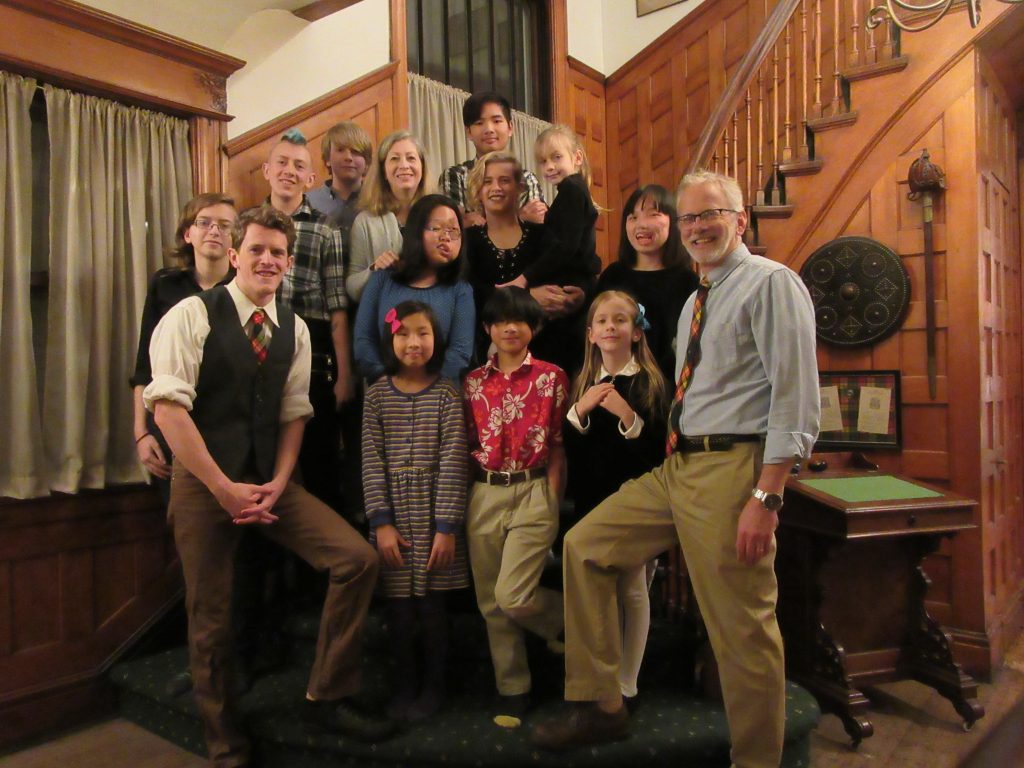 There is a world of difference between how physical illness and emotional/mental illness are viewed and treated by society.

Before I became an adoptive parent, I gave lip service to the fact that people with mental and emotional illness had an actual physical problem inside of them, but I will admit that there was always a part of me that thought, “But maybe if they just tried harder, things would be better.”

This little voice continued in my head even years after adopting my son who has significant past trauma and the effects that come along with that. “If only he could just try a little harder.”

It took me a long and humbling time to realize that he was trying his best. It was just that the chaos that the trauma wreaked inside his head never made his best good enough for me. I had to change before I could expect my child to change. It wasn’t easy to change, but I am now much closer to the parent he needs me to be than I was at the beginning of this journey.

And while I’ve been changing, I have also become more and more aware of the attitude that I at first internalized, but now have left behind. That attitude that at its core does not really believe that individuals are doing their best when they are suffering from mental and emotional illness.

Let me give you an example by telling the tale of two emergency room visits.

The children in question share the same gender, the same ethnicity, they happened at the same hospital with the same parents. The only difference was the reason they were each there. One visit was with a medically sick child, the other visit was with a child suffering inside the prison of developmental trauma.

The first child went through triage and was immediately placed in a private room. Evidently a young child with a 105+ degree fever means you don’t wait in the waiting room. There was extreme concern all around, and there was immediate action.

For the second child, arriving via ambulance, there was no waiting either, but that was due to the ambulance arrival. Instead of a private room, though, this traumatized child received a gurney in the hall, complete with guard standing nearby (for a NINE year old).

For the first child, the doctors could not find a source of the fever. As a result, he was emergency evacuated downtown to the children’s hospital for more extensive testing and treatment.

The second, even though his feelings and actions were equally mysterious, remained in the hallway with strangers, while we faced a vaguely scary and shameful feeling meeting with a social worker. This meeting was all about us, the parents. What did we think caused this? What was our plan? What were we going to do?

After that meeting, where we, the parents, were asked to self-diagnose and treat our son, he was immediately discharged and sent home for dinner.

I have several children with significant physical conditions. I have a son with significant trauma issues. There is so much more outpouring of support and appreciation for parenting a child with a visible condition than an invisible one.

We are wonderful and amazing for the former and opinion veers between parenting that is too lax and too controlling for the latter.

I understand why people draw these conclusions: we all evaluate the world around us based on what we can observe. When we can see no visible condition that might explain behaviors, we must manufacture some explanation, which may lead us to assume that an individual, the child or the parent, is voluntarily responsible for the observed behavior.

Notice that this tendency can cause us not only to assign blame to a child or parent for behavior that results from unseen trauma, but it can also cause us to excuse behavior in a child with visible special needs that has nothing to do with the child’s condition.

My experience teaches me, whether I am dealing with my own family or another family, that I must continually pause and remind myself that this child and this parent are probably doing the best that they can under the circumstances, visible or invisible, in which they find themselves.

The Silent Pain of a Children’s Inpatient Psychiatric Unit

Elizabeth Curry is mother to 12 children, five of whom were adopted: two from Vietnam and three from China. She hopes that by sharing her family’s experiences she can encourage others in the trenches. When she is not taking care of children, Elizabeth writes, homeschools, sews, teaches piano, and loves reading. You can follow along with her loud and crazy life at her blog, Ordinary Time.