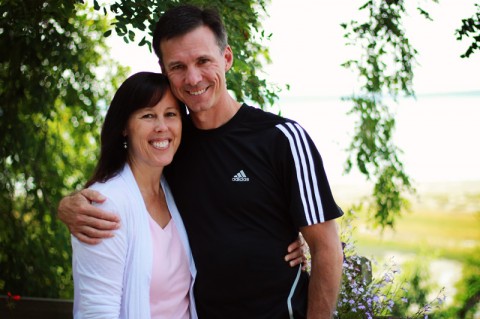 Russ and I celebrated 29 years of marriage last June. You would think that we would have this marriage stuff perfected, but because we are continually growing and changing, our marriage has to grow along with us. Thankfully, I think we have an amazing marriage, but that doesn’t mean that it doesn’t take a lot of work to keep it that way.

I’ve learned that when we’re scared, hurting, stressed, or uncertain, Russ and I need to consciously turn toward one another, not away.  I know that doesn’t sound particularly brilliant, but it has had a true impact on us. We find ourselves saying, “You’re turning away – not toward me.” Sometimes I need to physically turn my body toward Russ as we talk in order to force myself to turn my heart toward him as well.

When struggles with our children are overwhelming, I tend to become more intense, less attentive,  and less generous. Sometime last spring, this became clear to me and since then, I’ve worked hard to turned toward Russ, to listen well, be open and honest, and to be generous toward him in as many ways as I can.

Sometimes it’s the little things that make a big difference –  turn toward, not away. Be generous. Keep growing.