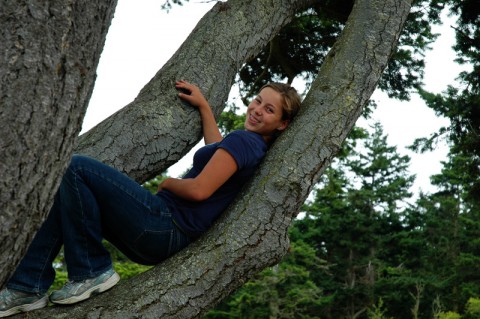 Yesterday was a day of transitions which is not a huge favorite of mine and a definite negative for Dimples.  We packed up and moved without too much difficulty, and I was quite happy to  arrive at our new place.  Transition number one.

We unloaded the van and headed out on an adventure.  Transition number two.

We stopped at a grocery store and I killed 20 minutes inside with the kids while Russ took a short nap in the van – he wasn’t feeling very well.  The kids each wanted to pick out a treat which made for a cart that did not make me proud, but made the kids smile.

Back in the van, we headed for Fort Casey, letting the kids dig into their treats, which we passed around the car (a definite vacation indulgence).  My favorite was Little Man’s box of Scooby Snacks; he was so excited.  Transition number three. 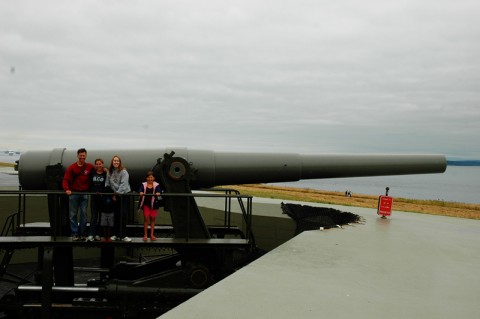 By the time we arrived at Fort Casey, I had two grumpy girls who thought it looked “boring.”  Not to be deterred, the rest of us hopped out of the van and began exploring.  Russ and I chatted with the park ranger as we paid our fee for the day.  He laughed when I asked, “Do you sell a one hour pass for families with grumpy children?”

We managed to have a good time despite a couple of bad attitudes and lots of questions like, “Why would anybody want to see this old fort?”

The lighthouse was great. 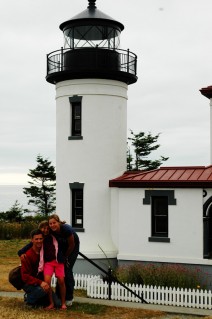 After a good bit of exploring, we loaded back up and headed “home.”  The grumpy children and a few others fell asleep, waking up remarkably more cheerful when we pulled into the driveway. Transition number four.

After a relaxed dinner on the deck, we got the crew ready for bed.  Russ and five kids were planning to sleep in a tent which made the little boys super happy because they’ve been wanting to go “camping” all summer.  Transition number five. 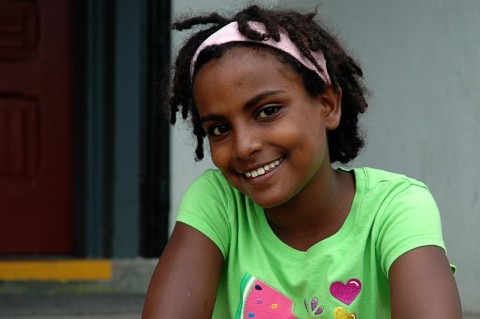 That is when things broke down for Dimples; it was just one transition too many.  I tucked her in bed in the house, rubbing her back, singing to her, letting her call Aunt Michele, and finally sitting with her until she fell asleep.  It was not good, but we made it through and everyone woke up ready for a new day.

We’ve had breakfast and we’re getting ready for the beach.  Transition number one.