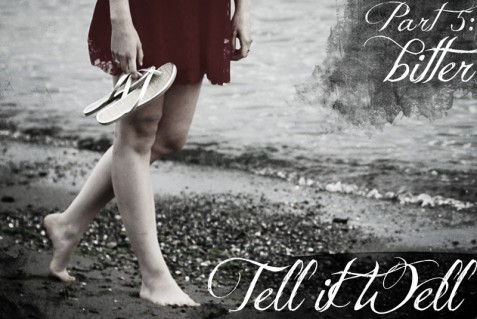 I will never forget the night I checked my email and saw the subject line, “Is this for real? I’m your son.”  I was stunned and felt faint.  We had just watched Swiss Family Robinson with our crew of five little ones, and we were getting them ready for bed when I paused at the computer.  I must have gasped because the children started gathering around me.  I kept saying, “Don’t touch the computer. Don’t touch the computer. Get Daddy – somebody get Daddy!”  I was afraid that with one click of a button, the message would disappear and my son would be lost from me forever.

Russ and I read the message and were completely shocked that it did seem to be from my son.  As we read it over and over, my happiness gave way to doubt and then to fear.  Surely this was from some strange person whose intent was to deceive me.  It couldn’t possibly be from a 16 year-old boy, could it?  The internet was a mystery to me in 1995 and I had hardly used a computer before.

As Russ tucked the kids in bed, my mind ran ahead full of hope – and fear.  It was nearly midnight, but we called our friends, Mark and Emily, the same friends who years later would lead us to international adoption.  Mark was an adoptee who had reunited with his birthmother six months earlier; they were my source of wisdom.  We all agreed that it could be a scam, but I hoped it wasn’t.

I wish I could tell you that Nick and I had an amazing reunion at that time, but it didn’t happen that way.  None of us were prepared for a reunion and it all went downhill very quickly. We had been plunged into a highly unusual circumstance, nearly two thousand miles apart, with nobody to help us navigate.  The adults involved were all strangers to one another and there was no trust to be found.  Russ and I sought counsel, but there seemed to be no hope. I will freely confess that I made many poor decisions and had to seek forgiveness from some of the people involved.

I took comfort in the knowledge that Nick knew I loved him, he knew I had never forgotten him, and he knew our story. I hoped it would somehow sustain and anchor him during his teen years.

I was adrift and lost; it was as if I had lost my son all over again and the grief was unbearable.  Knowing everything I do now about trauma and PTSD, I am amazed that I was able to function at all.  When I look back, it all seems blurry and confusing. I found an adoption support group in Denver where I met two adoptees, Ron and Kimberly, who are still both very special to me.  I also met some other birthmothers and formed an informal support group.

The common theme I found among many in the adoption triad (adoptees, birthparents, and adoptive parents) was anger, and much of it was justified.  I could tell you many stories about deceit and manipulation being used to separate mothers and children.  I could recount the lies that I was told, but that would take me down a long and bitter road.  As this anger swirled around me, I let it sweep over me and focused on everyone who had wronged me – from the church and the agency, to my boyfriend and the social worker whose name and face I can still perfectly recall.

Grief and bitterness were the theme of the day and I was in the thick of it; the bitterness ate at me like a cancer.  I hadn’t yet learned how to be mad and how to fight for a cause without becoming bitter and cynical.  I could not understand why God had allowed this to happen.  Where was He?  Why wasn’t He coming to my rescue?

One thing was certain; I hated adoption.

[Hold on; hope and restoration are coming.  Jesus is so kind and he heals the brokenhearted.]

The Lord is close to the brokenhearted and saves those who are crushed in spirit. Ps. 34:18