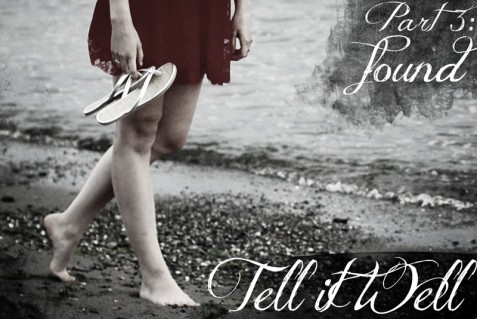 God didn’t rescue me, instead, He became real to me and His presence became powerful.  I remember clearly the night my son was born.  Everything I had learned in my natural childbirth classes had been reduced to breathing in, breathing out, and trying not to completely give way to the pain and lose control; I feared the nurses would give me drugs and I might never see my son.  In the middle of the night, with unending contractions, I surrendered my life to Jesus.  I couldn’t even form the words, but I acknowledged that I could not survive alone, I cried out to Him, and I felt His presence – I knew He was with me.

My fostermom was also with me that night and she was a rock; she reminded me to breathe, and when it was time to push, she helped me pull myself up and counted aloud while I pushed with all my might.  In the early hours of the morning on December 30th, my son was born -and he was beautiful, and perfect, with soft brown hair on his sweet head. I held him in my arms knowing that I had only three days in the hospital with him.

If I were to write about those three days or the moment that I had to place my sweet baby in somebody else’s arms, it would devastate me for at least 24 hours. Russ would have to put me to bed and stay home from work to take care of the children, so I’m going to stick with what matters most today: Jesus.

The grief I experienced was like being thrown from a raft into whitewater that sucked me under and pressed me down.  I would rise to the surface only to be pulled down again.  I wanted to die, and contemplated suicide, but there was some sliver of hope that I might live through this and that maybe one day I would be okay.  I had just given my life to God; maybe He was worth living for?

Once lost, now found, I had been brought to my knees by the love of Jesus.  He had pursued me and even though I could not fully understand it, I knew that I had become a Christian. I wanted all that was true and good and right; I was a new person and I was loved.  I had someone to hold on to when I felt I couldn’t take another breath and when the world seemed so dark and hopeless.