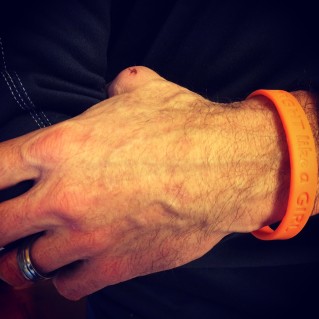 One of Russ’ students gave him an orange bracelet for Kalkidan’s birthday that says, “FIGHT like a GIRL.”

Kalkidan was a fighter. First she fought out of fear. Later she fought for healing.

One of my few memories from the accident is Russ’ voice as he, and a nurse who stopped to help, did CPR on Kalkidan.  Their voices, counting compressions, came to me in a moment of foggy consciousness. I heard Russ calling out to God, and then I heard him say,  “Come on, Kalkidan, you’re a fighter. I need you to fight harder than you’ve ever fought before. I love you.”

END_OF_DOCUMENT_TOKEN_TO_BE_REPLACED 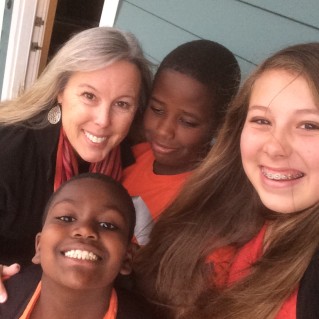 Thank you from the depths of our hearts, friends. You helped us remember Kalkidan with sweet memories and laughter. There were tears, but not nearly as many as I feared. Jesus reached past our fear and gave us joy.

Last Thursday, on her birthday, we were surrounded by orange. Our entire family wore orange, even those far away, and every friend I saw that day also had on some orange. When I opened my email, there were pictures of friends wearing orange, and my phone chimed throughout the day with more pictures from friends.

Facebook was awash in orange. Each time I checked there were more pictures and it made me so happy. Instagram was also covered in orange with pictures from people we know and many we don’t. My dear friend’s daughter and her friends on the Bellhaven track team dressed in orange. My niece’s PT classmates at Regis wore orange. Annarose’s ballroom team at UI wore orange.

END_OF_DOCUMENT_TOKEN_TO_BE_REPLACED 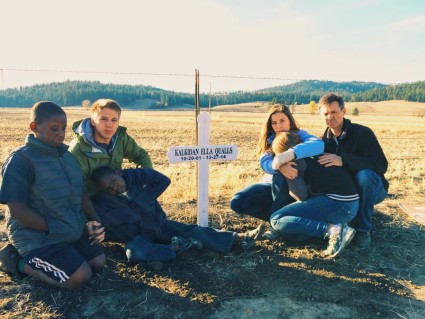 Throughout my life I’ve seen memorials. I’ve stood in front of  grand ones, like Lincoln sitting in all of his marble glory, and very small ones, like the white cross with a pair of drumsticks lashed to it that used to stand on Highway 95. I drove by that cross many times as I traveled north to Couer d’Alene and Spokane, and I wondered about the person who died and the family who put the cross in the ground. I had sober respect for that curve in the road and always drove it with caution. The cross was there for many years.

It was at that same curve in the road where Kalkidan’s life on this earth ended and her life in heaven began. Not long after the accident, we began to talk about ways to remember her, and the idea of putting a cross at the site came to mind. I couldn’t decide how I felt. For a very long time I couldn’t even drive by that spot, until one day when the Lord reminded me that in the most terrible moment of my life, He was there.

END_OF_DOCUMENT_TOKEN_TO_BE_REPLACED 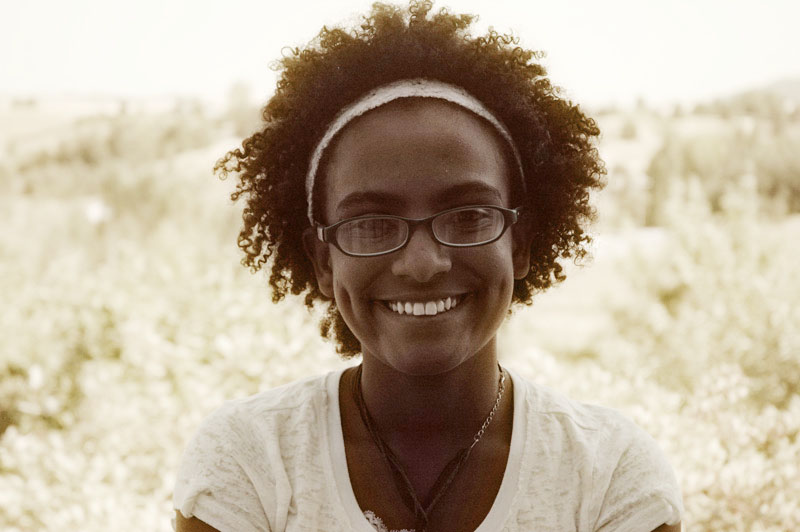 Kalkidan loved being a teenager. The day she turned twelve she began talking about turning thirteen. With an impish grin she would remind me that soon I would have one more teenager in the family; she couldn’t wait for October 29th to arrive.

That was one year ago this week. She had the joy of being a teenager for nearly two months.

END_OF_DOCUMENT_TOKEN_TO_BE_REPLACED

A few thoughts on this Tuesday morning.

*I ordered the roadway cross with Kalkidan’s name and dates on it; it should arrive later this week. I can’t even imagine opening the box – or when I do imagine it, I feel sick to my stomach. I’m going to leave it for Russ to open and I’ll look at it when I can, or maybe when we put it in the ground.

*Her birthday is in nine days – Lord have mercy.

END_OF_DOCUMENT_TOKEN_TO_BE_REPLACED 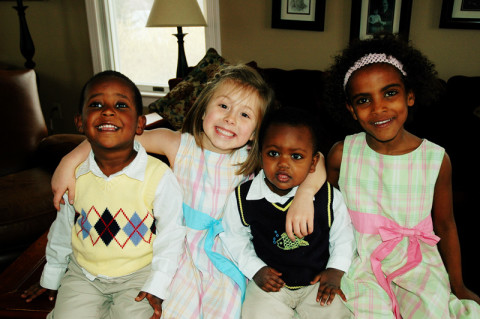 I’m sitting at my computer with a website open that I can only look at briefly, before clicking over to another page – like this one.

I’m getting ready to order a cross that will be placed  on the highway at the site of the accident. I want to order it, but typing Kalkidan’s name and dates in the order form makes me feel nauseated and tearful.

Last night I talked with Russ about ordering the cross. Literally as I was speaking, I could hear another part of my brain saying to me, “I can’t believe I’m having this conversation. I can’t believe I have a child who died. I shouldn’t need to order a cross….”