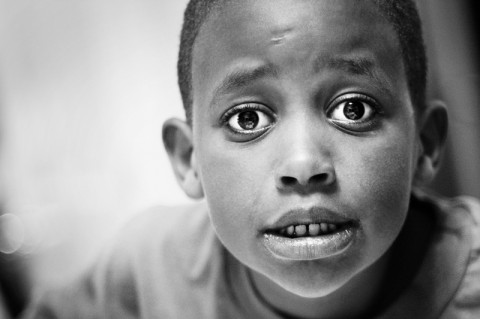 The kids are going to vacation Bible school at a local church and it seems to be providing us with lots of opportunities to think about Sensory Processing Disorder.

The first day when I arrived to pick them up, the director took me aside to tell me that during the closing music Eby and a new friend had gotten a little rowdy and were jostling each other while doing the motions to songs.  Eventually Eby pushed the other boy who fell, hitting his head on the pew and getting a small cut.  I knew this was going to be a big deal for Eby to process and I wanted to get him home quickly.  She suggested that I might want to take Eby to see the boy before we left and tell him he was sorry, but I explained that it probably wouldn’t go well and I would talk with him at home.

As we left the church, he looked sullen and angry.  He refused to make eye contact and grumbled that he was  never going back.  Dimples jumped in and began yelling that Eby had pushed the boy.  I held my hand up to her (a visual cue) and said, “Stop!”  I told everyone that I would talk to Eby at home and that I didn’t need any information from them at the moment.

We arrived home and as the kids piled out, Eby ran around the car to my door and all of his anger melted into tears.  I gently touched under his chin to prompt eye contact (thank you, Karyn Purvis) and said, “I am listening to you.  Tell me what happened.”  He tearfully explained that he and the boy had been bumping into each other and playing when the boy grabbed his arm, “…And I got scared.”  For a child with sensory issues, physical contact can seem threatening, not playful.  Eby has a hard time interpreting what different kinds of touch mean, so having his arm grabbed put him over the edge and he “shoved the boy away.”

This made sense to me – I could see the scene unfolding in my mind.  I assured him that I understood that he had been frightened and didn’t mean to hurt the boy.  He cried on.  I told him we would find a way to “make it right” with the other child and Eby could tell him he was sorry that he caused him to be hurt.  He was still resistant, telling me he was never going back to VBS and I assured him that he could stay home if he preferred, but he needed to ride along in the morning and decide after he was there. 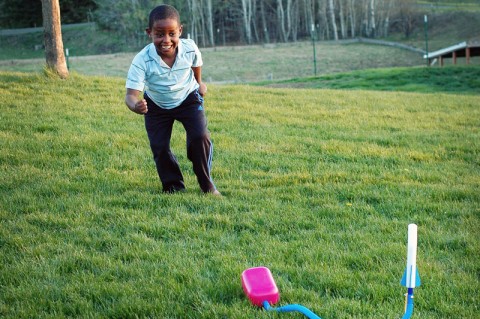 The next morning Eby chose a treat for his friend, a small bag of Cheetos, and attached a note that I wrote for him and he signed.  It said, “Dear T., I am sorry I shoved you.  I got scared when you grabbed my arm.  I hope we have fun today.  Eby”

Once we were at the church, Eby got caught up in the fun and decided to stay.  He was eager to give his friend the present and seemed content.  I talked to the director and told her a little bit about Eby’s sensory issues and that he has a hard time interpreting things.  I forgot to tell her something we had just learned at TBRI,

Children with sensory challenges should always be at the front or the back of the line where they are less likely to be jostled and pushed.  They may become aggressive or overreact when normal play and jostling occur — simply put, they just don’t interpret it well.

Yesterday I arrived to pick the kids up and again there had been a problem.  This time Eby and the same boy were getting a little rowdy during songs.  I asked if they had put a counselor between them and the director said they had.  It’s Wednesday morning now and Russ is picking the kids up today.  We’re hoping there will be nothing to report but if there is, we may have to think of some strategies to make this a better experience for Eby – and his friend.

Here’s the real point.  This is the first time Eby has been in an environment where I could see him being labeled as a “problem,” and it is hurting my heart.  He is a big boy and he is definitely rough and tumble, but not mean.  He is a sensory-seeker in many ways and likes to move his body.  He jumps on the trampoline, swings, rides his bike, rides the bouncy horse, chews bubble gum, sleeps with his weighted blanket, and generally needs a bit of help regulating.

I’m thankful that I am able to homeschool him and give him an environment where we can meet his sensory needs while not crushing his spirit.  I know the day is coming, and perhaps it already has, when we need to help him navigate being in a group of same-age peers, but for today, I am celebrating his uniqueness and looking at him with eyes of understanding. 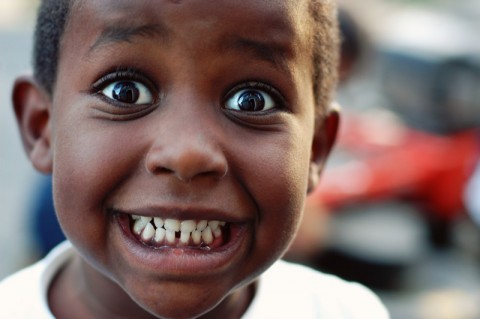 I love that boy.