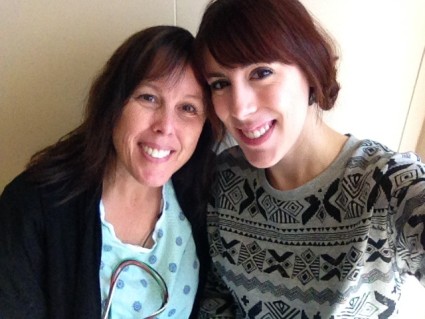 I’ll begin this post with the end of the story. I did not have open-heart surgery.

However, I’m  pretty certain this was the most expensive, complex, and strange weekend of my life.

It all started on Friday when I woke at 3:45 am with a heavy weight in my chest and the sense that something was terribly wrong. Intellectually, I knew we were all fine, so I prayed my way through it. As I lay in bed, I began to think about a very healthy friend who recently had a heart attack and soon I was in the kitchen consulting my favorite physician, Dr. Google. [editor’s note: Dr. Google is second only to my own daughter, Dr. Hannah.]

We had a long consultation which involved one-sided discussions of heart attack symptoms in women, symptoms of pulmonary embolism, and even panic attacks. I finally ate a slice of an apple and a few almonds, and then fell asleep on the sofa. When I woke an hour later, my chest felt the same. Hmmmm…..

I launched into the day, all the while continuing to notice this pressure – not pain, just pressure.  I called Hannah at work, she didn’t answer. I called Mimi and left a message asking if they did ekg’s in the medical office where she works. I called my friend whose husband just had the heart attack. More than anything, I did not want to go to the ER.

[Note #1: Friends, after everything I’ve learned this weekend – forget feeling embarrassed. If you have chest pain/pressure, go to the ER. Your life, and your heart, are worth it.]

As the day wore on and the pressure in my chest remained, I began to think about how this might feel at 1:00 in the morning and all of the drama that would be involved if I needed to go to the ER in the middle of  the night. So I grabbed my keys, told the kids I was going to run see the doctor, and headed into town.

[Note #2: Never drive yourself to the ER if you have chest pain – it’s just plain stupid.]

One mile down the road, I chickened out and pulled into my doctor’s office where Mimi works. I walked in and told her that I thought I might need to see my doctor, hugged her and cried for about 6 seconds. Then I pulled myself together. There had just been a cancellation (God is good) so within three minutes I was seeing my doctor. She talked to me for all of 45 seconds, told me that I needed to go immediately to the ER, and that she was concerned I might have an embolism (since I already have a diagnosed clotting disorder).

I told her that Dr. Google said I would have shortness of breath and coughing; she was not impressed. Mimi was instructed to leave work and immediately drive me to the ER, so off we went.

This story could go on and on, because the night seemed to last forever. It was determined that I was not having a heart attack, but in the search for a pulmonary embolism, something else showed up on a CT, an aortic aneurysm. Soon I was in an ambulance headed to the closest cardiac center, 1.5 hours away. Following behind were Mimi and Michele (who happens to be the smartest nurse I know).

Over the course of the night I was hooked up to machines monitoring my every heart beat and breath. The cardiothoracic surgeon came in to see me, followed by the cardiologist. That night, I was attached to the bed by seven different tubes or machines. When the nurse finally left my room for five minutes, a wave of panic came over me and I thought, “I need to go home. I need to go home right now; I don’t want to be here, and besides, my kids need me.” Thankfully, I dozed off for a little bit and didn’t yank out my IV’s and make a run for it.

Whew, this is long enough for now. I’ll wrap it up tomorrow. I promise that I’m typing this from the comfort of my own sofa.

Thanks for reading, friends.