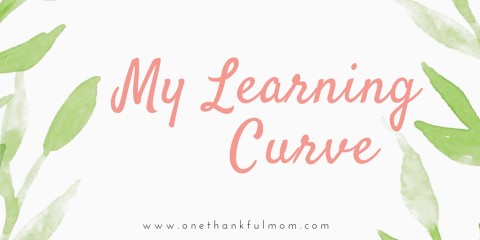 Years ago we were fortunate to work with one of the best attachment/trauma therapists in the country. In one of our earliest visits, it became clear that I’d gotten something backward. I had become so focused on correcting the offender that I’d neglected to comfort the wounded.

There was a lot of conflict between the children and Russ and I were doing our best to reign in the challenging behavior in an effort to protect the little ones. In doing so, we were focusing too much attention on the offender while the injured child was left to tend to himself with minimal comfort from us.

I’ll give you an example.

One evening Russ was working in the garden with the kids when he got a phone call. He told the children that they could play for a few minutes. One of our children was not happy about this and began to interrupt him saying, “Dad, stop talking, we need you in the garden. There is nothing to doooooooo….” He gestured to wait and be patient. Finally this little one had had enough, so she proceeded to walk over to her little brother and pinch him.

Russ immediately told her to stop, and she quickly pinched her sibling again. He began to cry and plopped down on the grass. I came out of the house and Russ and I began to talk to her and bring her inside.

This was a long drawn-out event that took our time and attention, which must have been worth it to our daughter. And do you know what? Russ did have to hang up the phone, so her behavior was quite effective.

My mind was so focused on correcting this behavior that I didn’t stop to hug and comfort my little one who was hurt. It makes my heart heavy to think how this scene was repeated in various forms over many months.

When we recounted this to the therapist she told us that the most important thing to do was to comfort the injured child, letting him know we loved him and would protect him from being hurt. When the child was comforted, then the offender could be corrected.

Wow – why hadn’t I thought of that? All of my energy was devoted to changing bad behavior and my little ones were being wounded in the process.

Within two days of our appointment I had the opportunity to put this into practice. We were visiting a friend and I told the children it was time to get in the car and go home. Within one minute I heard screams and went to see what was happening.

There had been an argument over who got to sit in a particular seat and one child had hit another. The injured child was quietly crying with her face down. The other child was waiting for my response.

I quietly called to the injured child to come to me. I scooped her up in my arms, and hugged her close. I whispered comforting words to her and kissed her cheek. Then I told her that if she felt better, she could get back in the car. As she did, I leaned into the car and simply said, “That will be a five minute time in for you,” and that was that. It was very calm and I have to say there were some very surprised looks on the children’s faces.

The child who caused the injury got no attention for having done so, and in fact, somebody else did. This sent a powerful message to her. Hurting others was no longer an effective means of getting mom and dad’s attention.

From that day forward we focused our energy on loving the injured. Our children grew happier and more relaxed; mom and dad were watching over them.

We also began to work hard to find opportunities to praise her for kind behavior toward her siblings. We looked for every opportunity to praise positive behavior.

I know this should have been obvious, but trust me, in the midst of it all nothing seemed clear. I encourage you to love, comfort, and protect your vulnerable children. They need you too.