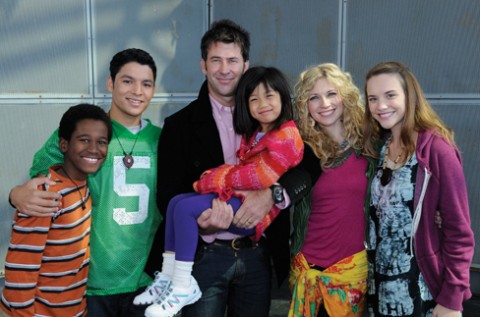 I had the opportunity to pre-screen a TV movie, Change of Plans, that will be airing January 8 on FOX (produced by Family Movie Night with Walmart and P&G). I watched it with Sweet Pea, Rusty and Ladybug and we all felt like rockstars getting to watch the producer’s cut.

Sometimes plans change – tragedy strikes and everything we thought was in store for us is suddenly gone.  The movie Change of Plans tells the story of Jason and Sally Danville (Joe Flanigan and Brooke White), a young professional couple with successful careers.  Their unencumbered lives are altered when they learn they’ve been named guardians to four children. Sally’s best friend and her husband have died in an accident in Uganda, leaving Jordan, Javier, Kaleb, and Sung Lee orphans. Somehow, two self-centered but kind adults and four children reeling from the death of their parents must come together in an unlikely blend.

When confronted with the sudden prospect of becoming parents to older children (five to fifteen years old), Jason and Sally are sure they are not up to the challenge.  They have no intention of having kids at this stage of their lives and are on the verge of reaching their dreams. Change of Plans illustrates our personal struggle when we are faced with a change that we are certain is a mistake. As Jason and Sally become increasingly involved in the lives of the children, they know that they’re dreams are quickly slipping away – only to find them replaced by something far better.  Although the film does not speak explicitly of God, as a Christian I find the theme of God’s sovereignty to be clearly expressed. 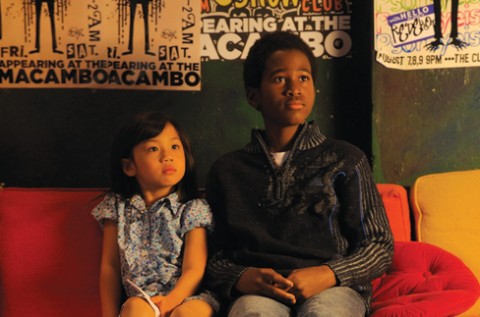 While the movie focuses primarily on the change in Jason and Sally’s plans, the children’s plans also face profound alteration. These four children, three of whom were internationally adopted by their Peace Corps parents, believed they would grow up happy and secure in their family. Their parents die, and they must abandon their lives in Africa for uncertainty in America. All of the plans they had made – their dreams, the experiences they wanted to share with their parents, the lives they had anticipated – dissolve in a moment.

The film touches on issues of grief, anger, and trust, while also exploring the intense adjustments that adopted kids and parents face.  We know that parents adopting older children must become flexible in order to be successful.  Our adopted children change us in ways we cannot anticipate, and this process often involves sacrifice and pain. Like Jason and Sally, we adoptive parents must find the humility necessary to learn from our children so that they can help us to become who we were meant to be. 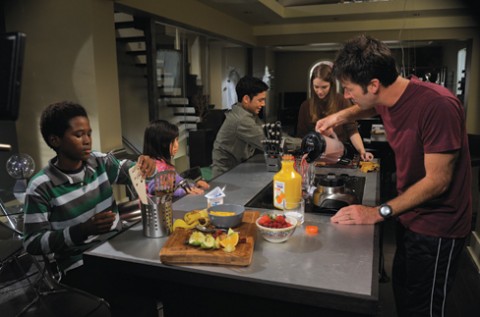 To be honest, I often cringe when I hear of movies with adoption themes.  They seem to fall into one of two ditches.  On one side, they are excessively happy, warm, fuzzy, and heartwarming, denying the reality of the losses related to adoption.  On the other side, but much less commonly, movies with adoption themes focus on the horrors the adopted children bring to the family. Change of Plans manages to gracefully avoid both problems and in ninety minutes gives a glimpse of some of the realities of adopting older children who have suffered loss.

Families with older adopted children would benefit from watching Change of Plans and may find it to be a useful discussion starter.  You will also be happy to know that the film is family-friendly with no profanity, sex, inappropriate clothing, or even disrespect. Thankfully it is not a second-rate film – it has good acting, good music and good writing.

Adoption is a redemptive response to tragedy and Change of Plans is not afraid to reveal that complex reality, while also giving hope that families can be born from loss in a way that ultimately brings joy.