This is Isaiah. My mom will post something next week; she just can’t yet.

I don’t really know how to write this. It seems impossible that we could be going through this again. I found out last night that my oldest brother Nick died earlier this week. 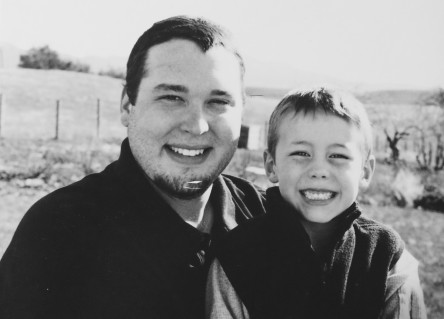 My mom had Nick when she was a teenager. Her social worker coerced her to give him up and he was adopted by a family on the East Coast through a closed adoption. They were reunited just over twenty years ago on June 13, 1995, shortly after I was born. She wrote about some of that experience in her Tell it Well series.

When Samuel called last night, I knew something was wrong. He said he had something important he needed to tell me. I was at a restaurant with a coworker in St. Louis, and as I walked outside a knot grew in my throat. We lost Kalkidan six months ago today; I kept thinking, please don’t let it be another death.

I feel lost and confused right now. Nick’s funeral was held this morning. By the time we heard the news, there were no flights out of STL and the drive is fourteen hours long. I woke up this morning at the same time the service started, far away from him and far away from home.

I haven’t seen Nick in a long while and the last time we spoke was when Kalkidan died. For the last few years, I’ve felt a need to reconnect with him. I had planned to go see him this summer when I travel to Baltimore for work. My mom was planning to visit him in the next two months. Now it’s too late.

I lost two siblings in six months. I didn’t get to say goodbye to either of them.

Tell your fam you love them. For me.