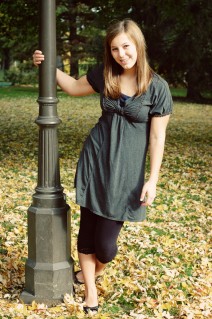 I had the joy of spending Saturday with my middle child, Ladybug. When Ladybug tells people that she is a middle child, they imagine her as the middle of three, not the middle of eleven. She holds a unique place in our family. In many ways she fits with the older five, but by age, she is closer to the younger five. This is a tough position to hold and we are constantly navigating the complexities of it.

Ladybug is the friendliest person I know and has a great love for people. She can make friends with just about anyone and I admire that about her. She also loves Jesus and is not afraid to gently share her faith. Two years ago, when she was only eleven, we were directly behind a car that hit a large moose. Thanks to an airbag and seat belt, the driver’s life was spared; she was in shock, but able to get out of her car and into ours while we waited for emergency help to arrive. While I was outside talking to another driver who had stopped, my sweet girl asked this woman if she could pray for her, and in our car, with a woman whose face was bleeding, who was trembling in shock, my little girl asked God to heal and comfort her.

I really love that about Ladybug – her heart is so big.

Saturday she faced a disappointment. She had entered an essay contest and won the local competition, so we traveled to a nearby town for the district competition. After lunch, they began to announce the winners, beginning with fifth place, fourth place, then third place. Each time her name wasn’t read, I squeezed her hand more tightly. When she didn’t get third, I thought, “She is going to win.” Then they announced the second place winner, and her name was read. We were both disappointed, but I acted like the Mom and said reassuring things about how awesome her essay was and how proud I was of her. I meant every word, but I was sad for her too.

I looked in the direction he pointed, and then noticed the lovely piano music. There was my sweet Ladybug playing the demo key board. I could not imagine being so bold! She played every Christmas carol she knew by heart and a few other pieces as well, all the while, people stopped to listen and thank her. Only Ladybug could go from disappointment to performing for shoppers in the space of an hour or two.

I admire her for not letting her disappointment turn to bitterness or self-pity. She carried on with grace and strength.

Life in the middle seems to be a good spot for my Ladybug.

Do you have a middle child?  Tell us about her/him.

Russ spending time with his best friend from grad school

new snow boots for Honeybee – she is so happy

insight from a friend who can see things I miss

pancakes for dinner last night, when all else failed

kind comments – yes, they really do mean a lot to me

Kathleen, who doesn’t mind when I cry on the phone

small group tonight – and the gospel of John

Have a great day, friends. I hope your Advent celebrations and Christmas preparations are going well. 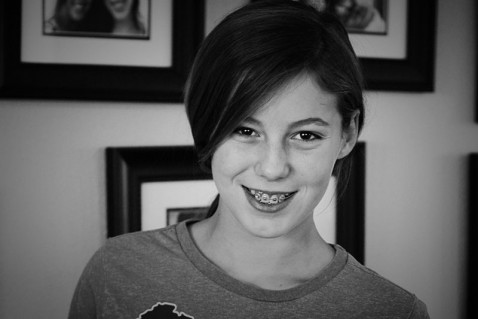 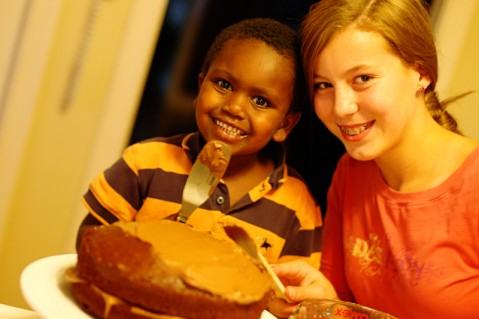