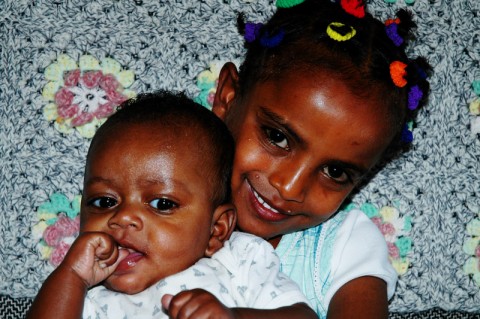 For two hours this morning, I felt peaceful, happy, calm; then it all came rushing back.  I hate this sinking feeling and deep sadness.  I want to push it away, but I’ve grieved before, and I know that I have to push through it.  Russ and I had paperwork to deal with this morning, and emails to discuss; apparently I don’t handle that very well yet.

Now we’re at the dining room table working side-by-side, Bee and her friend are making crepes, Eby is “reading” a book about Michael Jordan while sitting cross-legged on the floor, while Little Man is immersed in Legos.  The big kids are spread about the house.

I’m aware that it is notably easier to say “yes” to the children’s requests.  Bee wants to make crepes – “yes”, Ladybug wants to stay up late with her friend – “yes”, the little boys want to play outside before breakfast – “why not”.  This is such a contrast from the life that we’ve lived, where every decision was difficult because a change in routine might create a cascade of challenges that could easily become very big problems.  I found myself saying “no” just because I couldn’t think through all of the details or because I wasn’t willing to take the risk of saying “yes.”

Yesterday morning my friend, Jenn, called saying I didn’t really have to talk, but she wanted me to know that she cares about us and is praying for us.  So…I began to talk, and talk, and talk.  At one point she told me that listening reminded her so much of hearing a birth story being told.  She repeated phrases that I had said, and I understood what she had noticed.  One more thing to write about.

Later that morning my friend, Kelli, came over and spent two hours sipping tea and just being with me.  How thankful I am for friends who call, text, email, and stop by.  A friend in Colorado wrote that she wished she could drop by with potato soup, but since she couldn’t, she sent a gift card for a restaurant – comfort food from her heart rather than her hands.

I’m thankful for friends who understand that while there is immense relief at the lifting of incredible stress and turmoil, there is deep sadness.  No mother wants to say goodbye to her child and drive hundreds of miles away…

That’s all I can say.