Today’s post comes from my friend, Mike Berry, whose new book, Confessions of an Adoptive Parent, comes out February 6th! I had the honor of reading an advanced copy and writing an endorsement, so I can tell you this book is one you’ll want to read. Mike and Kristin are the real deal – adoptive parents walking through challenges with their kids from “hard places.” They are in the trenches right along with us. Read to the end to find out about special deals on Mike’s book. 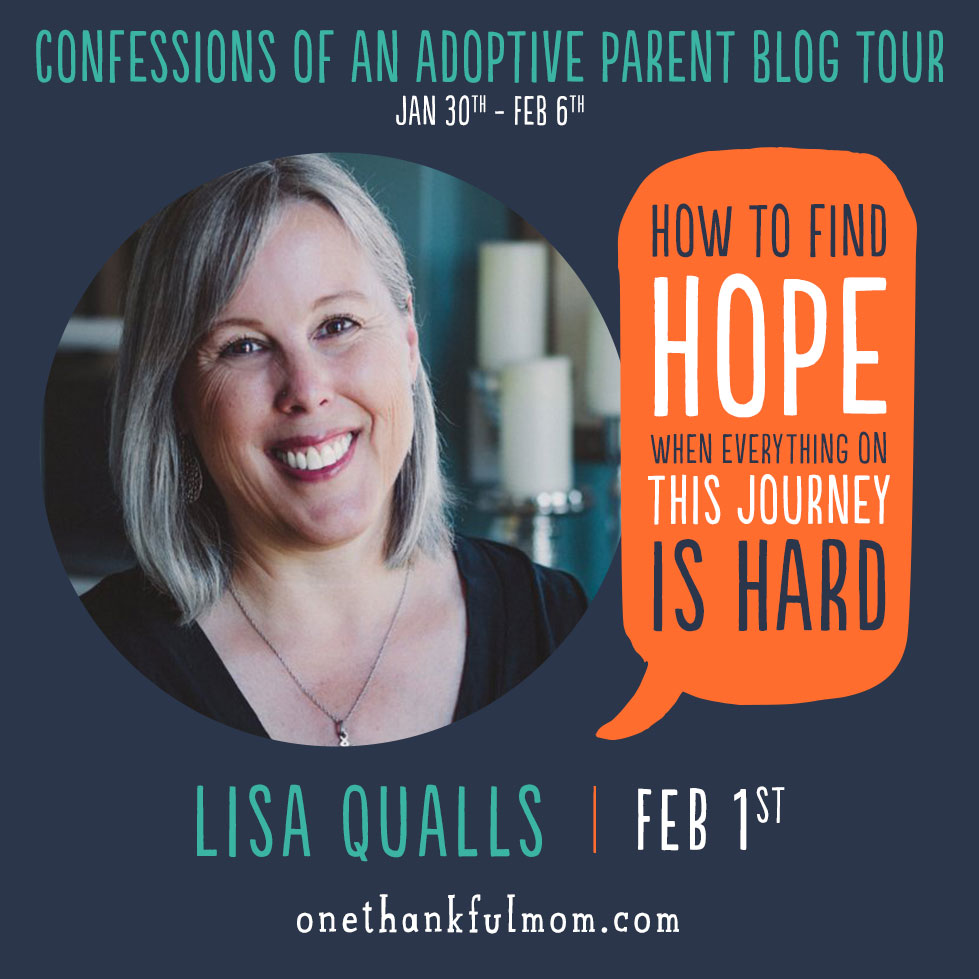 It’s late but I’m finally on a flight home after an incredible weekend in New York City. I’ve just spent the day interacting with an amazing adoptive parent community in Brooklyn. I’m inspired as I listen to their stories, hear their hearts, and see their smiles. I can’t help but feel grateful to be a part of this special day. I love this crowd. They’re my crowd. They’re my people. I’ve seen hundreds of faces today, but one I can’t seem to get out of my mind. One mom, who desperately longs for a positive relationship with the child she adopted years ago.

With a longing look, she says words that are still echoing in my mind- “How did I end up here?” She’s parenting a child who is distant and defiant. At the smallest notion, she blows up. It’s exhausting and defeating. I’ve seen the look in this precious mother’s eye more times than I can count. Heck, I’ve seen that look in the mirror staring back at me.

“I feel you sister,” I say to her as she shares her deepest pain. And boy do I. Lord knows, I wear the same scars on my heart, and in my mind, from the battles I’ve been locked in with some of my children over the years. I’ve been pushed farther than I ever thought I could be and lived to tell about it. I’ve survived some of the most desperate moments on the journey. I’ve asked the question, “How did I end up here?” a few (hundred) times. I’ve felt that lost feeling as I’ve taken a step back and surveyed our life. I’ve questioned if I’m a good father, or even a decent human being, when I’ve lost my cool with my kid. And most importantly, I’ve had many moments where I failed to see how any hope could come out of such a hopeless situation.

Have you ever been there? Ever felt this way? Ever been in a state of complete hopelessness? Ever felt lost or alone?

Ever wanted to throw in the towel, call the agency, your case manager, or even your kid’s birth parent, and say, “Yeah, I quit?” If so, you’re not alone. Me too. It’s okay, you can be honest here. Say it out loud if you need to. No one’s listening. And even if they are, they have no idea why you’re saying “Yes” to a computer screen, or nodding your head so hard it may come detached from your neck. 😉

Let me repeat myself…me too. Oh….my….goodness friend, me too! In fact, most days, I don’t even know what hope feels like. It’s easy to find yourself in this place on the foster and adoptive journey. I know you love your kids. I do too. I love them more than anything and nothing will change that. But the constant battle can take the life out of you.

How do you find hope in this? How do you lift your head one more time and believe in tomorrow? Here’s how….

Friends, this journey is hard. This journey is exhausting. If you’re anything like us, you entered with a full heart, passionate, ready to love children from hard places. But soon you discovered you were in an uphill climb. You weren’t prepared to handle the major attachment issues. You knew nothing about disorders like Fetal Alcohol Spectrum Disorder, food insecurities, or separation anxiety. You didn’t know about trauma informed care. I get it. That was us. Just a couple of years in, we hit a wall head on. It didn’t change the love we had for our kids, but it did thrust us into a major battle. One that still rages.

We’ve learned that hope exists in the middle of the battle. We’ve learned to see the light in the middle of the darkness. As people of faith, we believe that our Father in Heaven walks into the hell with us and holds us. We believe the sun still shines even when we’re surrounded by storms and dark clouds. Yes, there is hope. It’s found when you realize you’re not alone. It’s discovered when you understand and believe there’s a beautiful sunset just behind the raging storm.

I shared this with my new friend in Brooklyn. And before we parted ways I saw the light return to her. I saw hope. Sometimes you just need to be reminded that you’re not alone and the sun is still shining, even when you’re in a massive storm.

Mike’s new book, Confessions Of An Adoptive Parent is now available for pre-order. Visit www.confessionsofanadoptiveparent.com/book to pick up your copy and learn about the more than $400 in FREE bonus content you receive when you pre-order before February 6th.

Mike Berry is an author, blogger, speaker, adoptive father, and former foster parent. He is the co-creator, along with his wife Kristin, of the award-winning blog www.confessionsofanadoptiveparent.com which has a global audience of more than 100,000 followers monthly. Mike travels extensively throughout the U.S. every year, with a passion to reach hurting and overwhelmed foster and adoptive parents with a message of hope. He is the author of several books including, The Adoptive Parent Toolbox, The Weary Parent’s Guide To Escaping Exhaustion and the soon-to-be-released Confessions Of An Adoptive Parent: Hope And Help From The Trenches Of Foster Care And Adoption. Along with blogging and books, he is also a featured writer on Disney’s babble.com. Mike and Kristin have been married for 18 years and have 8 children, all of whom are adopted. They reside in the suburbs of Indianapolis, Indiana.