They share a brother. One sister from Ethiopia, one from Idaho, meeting in Italy. Only God can write a story this good.

Annarose is on her grand, crazy fast, spring break dash through Europe. She traveled to Bologna, Italy, where Eby’s sister, Meskerem, lives and they met for dinner.

They talked for four hours and had an amazing time. Meskerem is 11 months older than Annarose, so they have plenty in common.

Mesky’s mom, Claudia, was there as was Annarose’s friend and the friend they were staying with who was an exchange student and friend of Annarose’s in high school. 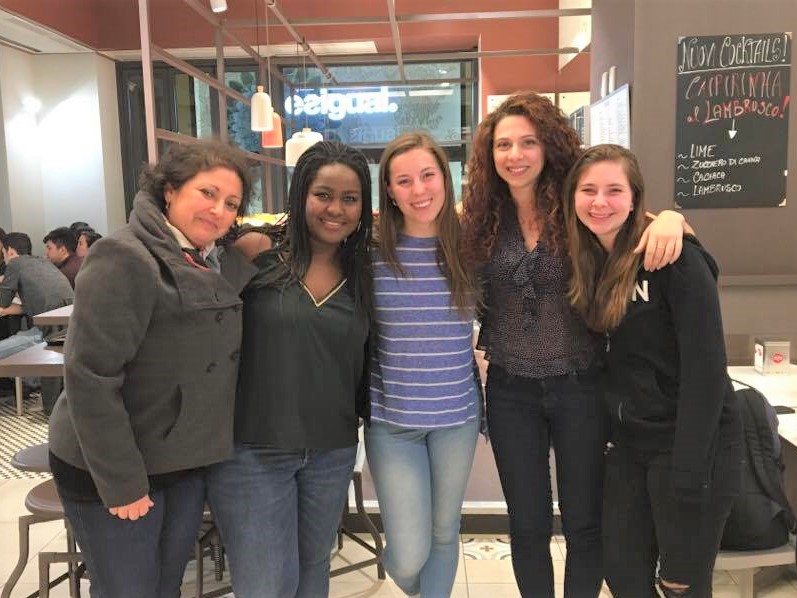 Then they FaceTimed Eby, who is a boy of few words, so the girls had to do nearly all the talking, but he was quite pleased.

This all speaks to me of God’s kindness in giving Mesky and Eby this sweet connection. It’s so remarkable.

God connected us in the most wonderful way.

You can read more of the story in these posts:

From Soddo to Italy to Idaho

Face to Face – From Italy to Idaho

Claire took some pictures of Ebenezer FaceTiming with his sisters, but it’s spring break and she is sleeping. When she wakes up, I’ll add one to this post!

This is our first day without rain so I’m taking Wogauyu to a friend’s grandparents’ house. They live on the bike trail and the boys are going to bike the morning away. We’re thankful for a morning without rain and mud!

Have a great day, friend.