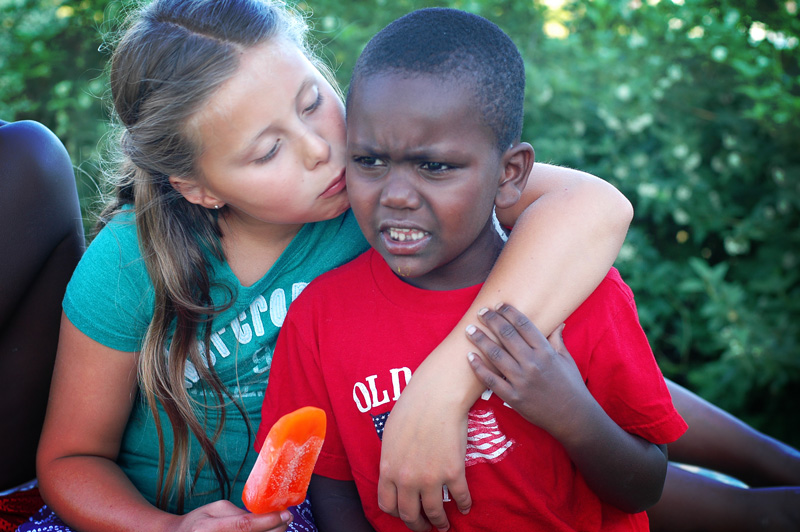 Russ and I were sitting close, coffee mugs in our hands, in the early morning hours as we ran through a quick list before he left for work. A semi had kicked up a rock and put a tiny chip in my windshield the previous afternoon and I wondered if I should get it fixed.

He began explaining windshield construction and glass (keep in mind he’s an engineering professor), and all at once, his voice became fuzzy, my heart began to race, and I felt sick. Images of broken glass flashed in mind. Sounds of shattering and even a strange smell struck me.

I grabbed his hand, pulling it to my chest as I began to shake my head. “Stop,” I said, “Don’t say anything else about windshields.” A look of surprise flashed across his face, then quickly turned to clarity. He pulled me into his arms and held me as I cried.

Even as I write this, weeks later, I feel tightness in my chest.

This is a trauma trigger.

One moment we’re talking about repairing a chip in my windshield, the next moment I’m in a crushed car, barely conscious, my ears ringing, my head pounding, completely confused about what has just happened.

I’m an adult – I know I’m experiencing a flashback to the most traumatic event of my life, a terrible accident that occurred two years ago.

Now let’s think about our children and trauma triggers.

A child joins our family through foster care or adoption. We may know a little of her history or we may know nearly nothing. We certainly don’t know every story, fear, and traumatic event.

Imagine you’re caring for a toddler who has been reasonably receptive to you, then one morning you pick her up and she pushes away screaming. You have no idea why. She can’t tell you the new lotion you put on after your shower is the one her mother, who abused her, used every day. When she got close enough to smell your skin, the fragrance was a trauma trigger and now she is in complete fear mode.

Hunger was a powerful trauma trigger for Kalkidan. Because of profound poverty and neglect, she was hungry much of her early life. Even when she had been home with us and had plenty to eat for a long time, hunger triggered deep fear.  When she was in stress and no longer functioning in her cognitive or “upstairs” brain, she went into fight mode.  Hunger quickly turned to out of control rage.

We worked hard to prevent hunger, planning meals and snacks, having healthy foods always available, keeping beef jerky and nuts in her pockets. We also empowered her to pack her own snacks. It was not enough to assure her she would never be hungry again.

I remember a time my friend invited her to a concert. When I told her of the invitation, her first response was, “Will there be food there?”

“No,” I told her,” It’s a concert where there will be lots of music, but they won’t serve food.”

She asked if she could take a snack; envisioning a granola bar tucked in her pocket, I quickly agreed. Soon she emerged from the pantry with a gallon ziploc filled with nuts, granola bars, and other snacks. I resisted the urge to tell her to put it back.

She was meeting her need to feel safe in a unique situation of going out in the evening to an event where food would not be available.

In another instance, Russ once playfully winked at one of our daughters which brought back memories of an abuser. She was terrified. He had no idea, of course, and would have never winked again for the rest of his life if he had known. Ironically, he hardly ever winks!

We must be trauma-aware parents for our children who come to us from “hard places.”

Our children are always speaking to us –  often without words.

Their behavior tells us what we need to know.

If they are old enough – ask them if something makes them uncomfortable or brings up a memory or bad feeling.

Some triggers may be from memories they cannot access, they may only know a particular thing (food, smell, article of clothing, song) provokes a very bad feeling. Honor this.

If we realize he has a tantrum every time I wear my green hoodie, or she refuses to eat oatmeal and has a terrible morning every time I serve it – there may be an actual reason.

Let’s parent with compassion, and love with gentle hearts and hands.

Question: Have you identified any of your children’s triggers? How about your own? What strategies have you found helpful in coping with these triggers?