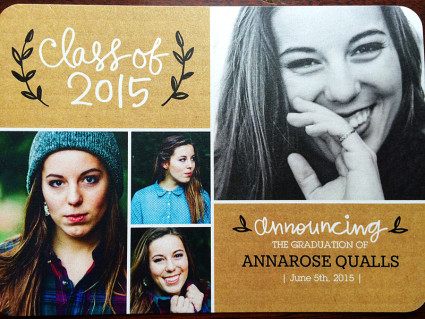 This Friday Annarose will graduate from high school. It’s hard to believe that our middle child, our sixteen-year-old daughter, has reached this milestone. Even more notable is the way God has shaped her through the experiences of our life as a family.

She is a remarkable young woman known for her friendliness and compassion. Last week she was named Student of the Year at Moscow High School (even though she attends part time), and Most Inspirational on the track team. She has also won several great scholarships, including the Idaho Governor’s Cup, which will be presented at the state capitol next Monday. 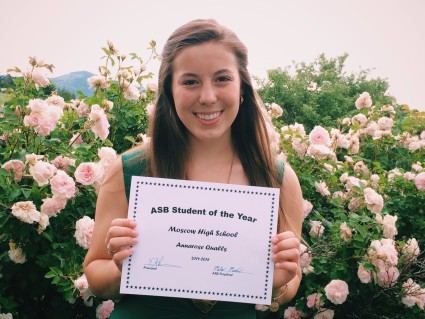 Russ and I don’t take much credit for her accomplishments. In fact, if you simply look at the facts, she really shouldn’t be this amazing girl. We led our family into a desert of suffering. We had no idea it was coming, and if we had, we most certainly would have turned back to protect Annarose and the other children. Never would we have willingly chosen this for Annarose – but God did.

She once told me that the saddest moment of her life came after a morning of homeschooling with her best friend. That afternoon, as she walked up the steps of our front porch, I met her at the door, my face stricken with stress and fear. Amidst the sound of screams and raging, I told her that our home was no place to be right now and she should turn around and go back to Emily’s. I wanted to shield her from the turmoil, yet she felt alone in the world.

The suffering in our home was more than any of us could bear; we were in a dark place. But Jesus used that darkness to teach Annarose about his light. What could have pushed her away from us and led her down a destructive path, somehow made her love us more. The childhood we had so carefully planned and protected was shattered and in its place, something more beautiful was created. I stand in awe of Jesus – completely in awe.

Had our life not changed, had our tidy world not exploded, we might be tempted to take credit for our children’s successes and who they are. But the Lord laid us bare so that he would be glorified. It’s not us – it’s all Jesus.  We’ve been rescued from worshiping GPA’s and SAT scores. We’ve been saved from our own pride and our idol of the perfect family.

We are proud of Annarose and the young woman she is becoming, not solely for her accomplishments, but because she has a heart to love the lost and broken. She cares about those who suffer more than she cares about herself. She is far from perfect, thankfully, but she is amazing, and we love her so much.

Never would we have chosen the path she has endured, but we can’t deny that not a moment of it was wasted. As we celebrate Annarose this weekend, we look at her and say, this is the hand of God. He has done something beautiful.