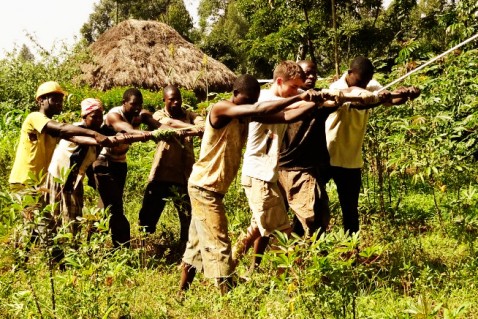 Some kids break every mold, and in our family that would be Isaiah.  In May we thought he was going to attend the University of Idaho (as his four older siblings have done), but then another school came along and he thought maybe he would go there.  We spent hours and hours in conversation while on vacation, Russ did stacks of paperwork, we made dozens of phone calls, and in the end he realized that it was not the school for him.

UofI started classes last Monday, and he made the decision not to go to the other school Wednesday night.  Thursday morning dawned with another decision to be made.  Should he jump right into classes at UofI and move into a dorm this weekend?  Should he defer until next year?  He had been offered an internship that really appealed to him as well.  Maybe that was the better option?

A few hours and phone calls later it was settled and we are all thankful.  Isaiah is going to spend this year as the Marketing/Creative Arts Intern for Dollar for the Poor, which is a partner of The Water Fight.  He’ll continue developing The Water Fight while also learning more about film, photography, graphics, public speaking, and who knows what else.  It is a dream internship – although unpaid, so he’ll also be finding a part-time job.  He will move west (near Seattle) on Labor Day and the adventure will begin.

It’s been a winding road, and we believe this is exactly God’s best for him.

His other task this fall is to research schools and decide where he will apply, with the plan to begin college a year from now.  He may still choose UofI, which we like because it would be the debt-free option and solid education, but he may also choose some place else.  One thing I know about Isaiah, he loves Jesus and wants to do His will.  It’s not always easy to figure it out, but God always reveals His plan – sometimes at the last minute.

For Russ and me, this was a lesson in trusting God, guiding Isaiah, and letting him make the decision.  It was hard! We gave him our opinions, shared information, prayed with him and for him, but in the end, we would have supported him no matter what he chose to do.

What challenge have you faced lately?  It’s a journey, friends, and we’re all still learning.