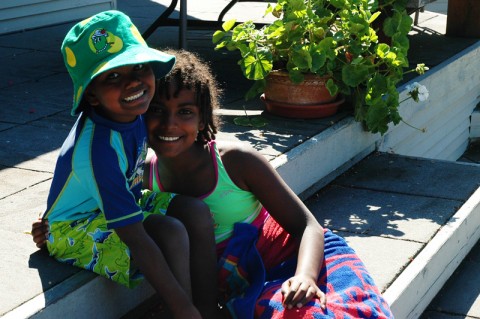 Continued from When The Train Left the Station.

Later that same day our case manager called and amazingly, she was able to schedule the meeting for the next morning at 10:00.  We were stunned.  This just does not happen, especially during the week between Christmas and New Year.  Friday morning we sat around a table with a team of people.  We talked about the past years, went over notes and records, and then all at once, residential care was approved.

The next step was admittance to the program we most wanted.  With the holiday, their admissions committee wasn’t meeting until January 2nd.  So we waited, and it was hard because this was the only plan we had.

I picked Dimples up on New Year’s Eve and she spent two nights with Aunt Michele before we left for medical appointments in Seattle.  On the 2nd, while at Seattle Children’s, I received the news that Dimples had been accepted to the program.  I was relieved, sad, anxious, but I also believed that this was God’s plan for her and for our family.

Dimples’ doctors were great and, knowing they would not see her for awhile, they took care of every medical thing they could.  They even did extra tests looking for any possible physical cause to explain what was going on – we didn’t want to leave a single stone unturned.

We traveled back to Idaho.  After over two weeks of calm, we couldn’t bring Dimples back home, especially knowing it would only be for a day.  How I wrestled with this – the idealist in me wanted to have two more days with her around our table and sleeping in her bed.  The realist knew it would not be good for the other children, and likely not for Dimples either.

We made plans for Dimples to spend the night with her friend, Happy, who is also a very close friend of Sunshine’s.  Sunshine wanted to go along, and since that is a fairly safe way for the girls to be together, we let her go too.  I’m thankful they had that time together.  Sunday morning we picked them up for church and planned to have a family dinner afterward.  Dinner plans fell through (something about the roast taking two hours longer to cook in the crock pot than I had planned) and the girls wanted to return to Happy’s for a party they were hosting, so back they went for one more night.

I spent Sunday afternoon doing Dimples’ laundry, shopping for new pajamas and snow pants for her, looking for special books on her shelves, and organizing her craft/drawing supplies.  It felt good to be busy.  I wondered if she would tear up her family pictures  or other things we had given her, but I decided that as long as it was not irreplaceable, I would send it along.

We loaded the car Sunday night, knowing that the next morning we would make the drive to Montana.