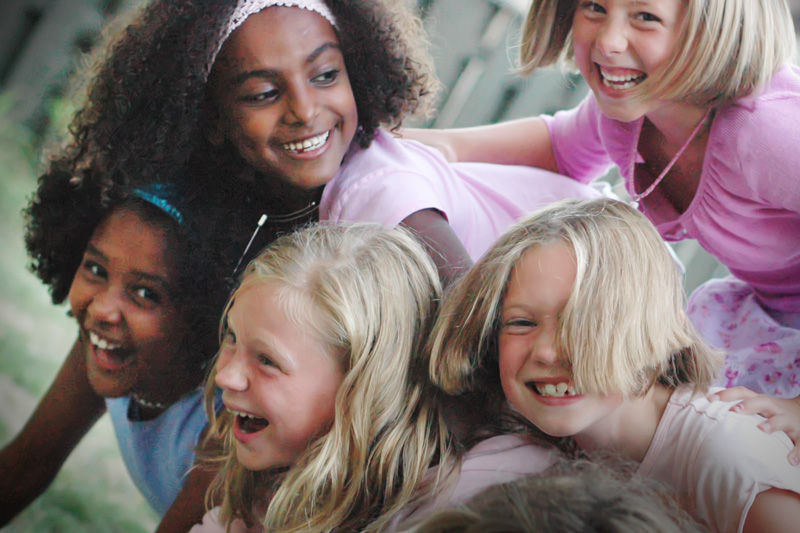 I witnessed something unexpected this weekend – a swirl of pain in a normally safe place.

A group devoted to conversations about parenting adopted/foster children with connection, a group teaching and supporting the methods developed by my friend, Dr. Karyn Purvis, became a place of debate, contention, and pain.

As I watched the conversation unfold, much of it was focused on the adoptee as the marginalized voice and the adoptive parents as being in a position of power – all true.

But when pain was expressed by struggling adoptive parents, most yearning to understand – they were silenced and accused of not listening to the marginalized voices.

Some of the parents were dismissed with sentiments of, “You chose this – you’re the adult in this situation. Deal with it.”

At least that’s how I read the words through my own lens of parenting children who came to me after living through trauma.

Reflected in the conversation is this reality: adoption begins with tragedy and loss.

While I am in a position of power as an adoptive parent, I have not always held this role.

I am also a member of one of the marginalized and silenced groups, and for 28 years that was the only role I held in the adoption triad.

I feel comfortable lending my voice to this conversation because I’m a first/birth mother too.

If you set me on an adoption balance scale, I might lean slightly in the position of power, but not with heavy certainty.

In every adoption, there is loss, pain, and sorrow. When trauma is involved (and I would argue it’s common), it spills over onto everyone involved and the sorrow spreads further, touching many lives.

In the story of my son’s birth and subsequent adoption, this profoundly impacted five different people (or groups of people).

I visualize us in an arc, with my son, the adoptee at the apex, birth family to one side and the adoptive family to the other.

He, the adoptee, holds the point of greatest significance because, without him, there would be no adoption. None of us would have the roles we hold.

He also is the one with the least power, or voice, in the arc.

My parents were devastated and trying to do the very best for me when, under the advisement of their priest, I was sent to a Catholic foster home. The plan was for me to place the baby for adoption through Catholic Charities and return home without him.

I was supposed to move on with my life. They were too.

Nobody expected me to be writing about adoption 38 years later.

I did not understand this plan. I was determined to fight for my child, and I tried.

I had no voice – none. I was lied to, coerced, and not given any alternatives.

I was repeatedly told that if I kept my son I was selfish and I would ruin his life. He would be a juvenile delinquent and it would be my fault.

I had nothing to give him.

His adoptive parents had everything to give him.

I thought if I kept him we would be homeless.

My foster mother was told she was not allowed to offer me any help whatsoever. She feared she would be breaking the law if she did.

I nearly took my life.

My son was not placed directly with his parents as I was promised, but went through two foster placements before going to his parents when he was two months old.  I did not learn of this until he told me himself years later.

I was told he was placed directly with his parents and there was no going back.

He suffered from the effects of attachment challenges and other issues his entire life. He searched for and found me when he was 16. 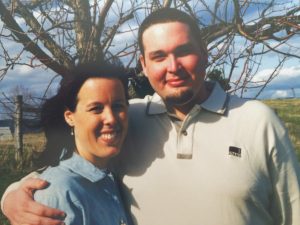 All that he had been told about me was false (the agency also lied to his parents), and he had many questions.

He longed for connection with me and also loved his adoptive family dearly.

From what I understand, his adoptive parents suffered from infertility and wanted a child. They applied to adopt through Catholic Charities and were matched with my son.

I don’t know what they were told about why he was over two months old at the time of placement – I’ll never know why that happened.

I’ve seen pictures of them holding him soon after he became their son and their faces show delight. I don’t know when they realized it, but they were also newly pregnant with his sister.

Parenting Nick was challenging. I can’t speak for them, I only know about Nick’s childhood from what he told me, but he says he was a very hard kid.

They tried many schools, therapies, medications, a wilderness program, residential treatment; I’m sure I don’t know nearly everything they tried.

It was a hard road for his adoptive parents – and they loved him.

Siblings – by birth and adoption

Lastly, there are the siblings, who are also affected by this adoption story. With respect, I’ll mention Nick’s sister by adoption first.

She grew up in the swirl of his hurricane. Nick loved her dearly and told me stories of how he hurt her at various times and demanded so much of their parents’ attention.

He regretted that. He admired her so much and was very proud of her.

My children know what it’s like growing up with siblings who have experienced severe trauma in their early lives – both my children by birth and my children by adoption. Their lives have been profoundly impacted by adoption and the accompanying trauma.

Annarose is a camp counselor this summer. She called one day after a camper had a severe meltdown that triggered a PTSD flashback for her. She needed my support and time to process the experience.

This is not uncommon for my kids who became children from “hard places” themselves.

I’ll also add, my children by birth grew up knowing they had an older brother, but didn’t meet him until he was a young adult. This was a loss in their lives too.

What I hope I’m illustrating is this: adoption is rooted in loss. There is love, to be sure, so much love.

There is also pain and sorrow.

Yet, as a Believer in Jesus, I firmly believe that in every sorrow there is hope.

God does not waste our suffering – he uses suffering to shape us, to make us more like Him, to increase our capacity to love and serve others.

Losing my son nearly caused me to take my life. But in my darkest hours, I found my greatest hope; God drew me to Himself and I came to know Him.

When we see one another with eyes of compassion, when we recognize the pain of every person in the adoption triad, we learn from one another.

To say to an adoptive parent, “You chose this, so your pain is not valid,” is not acceptable to me.

Pain is always valid – we aren’t in a contest to see who is suffering the most.

My son, an adoptee, suffered injustice and had no voice or power as an adoptee. He did not know his original name, ethnicity, or medical history.

He did not know he was loved by me.

My friend, an adoptive mother, suffered terribly when she learned her adopted son sexually assaulted her young daughter.

Her daughter, a sibling, suffered trauma and continues, years later, to process the impact of this abuse.

Another friend, a birth mother, was told as a young teen that she could take her baby home from the maternity home (in the late 1970’s) if she paid her bill for her six-month stay. Having no money, she was unable to meet that demand. She believed she had no choice but to follow through with the adoption. She suffered.

We cannot silence one another.

We are called to listen and to love.

I am a student of grief and loss – a particular kind of suffering.

In the past two years I’ve lost two children, Nick and my daughter, Kalkidan.

Suffering can lead us down a very dark road. I feel the pull toward it some days, but I’m afraid of where it could lead and just how far it might take me.

I believe God calls me to use my suffering, the injustice, my loss, my grief – to learn, to teach, to love.

To the best of my ability, I choose to live an open-hearted life.

We learn from one another when our minds and hearts are open and we seek to understand.

O divine Master, grant that I may not so much seek
to be consoled as to console,
to be understood as to understand,
to be loved as to love.
For it is in giving that we receive,
it is in pardoning that we are pardoned,
and it is in dying that we are born to eternal life.
Amen.

In courage, hope, and compassion for each other and the journey. 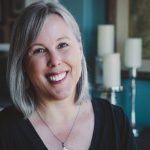